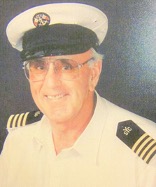 Twenty years ago, Wyn Treasure of Southport Yacht Club (SYC) became aware that two doctors were seeking a sailing activity for a client with a disability, Cathy Post.  Dr David Straton told Cathy of a sailing dinghy which might help to realise her dream of overcoming her disability and sailing independently.  Doctors Straton and Sivyer of the Gold Coast Care for Children Fund had acquired an Access 2.3m dinghy and donated it to the Cerebral Palsy League.  ‘Accessability’ was chosen as the name for the donated dinghy.

This seemingly benign set of circumstances proved to be the genesis of Sailability in QLD creating the first Sailability club in QLD – Sailability Gold Coast.

Cathy Post, together with a woman from Headspace Gold Coast Marion Ham, the two local doctors David Straton and Graham Syvier and ‘Accessability’ just needed a launching pad and it came in the form of Wyn Treasure.

Wyn, then a past Commodore of the SYC and both a long-time contributor to SYC and a long-time sailing enthusiast, was aware of a new organisation that had been emerging around the world.

Sailability had formed in England in 1984 with the objective of encouraging people with a disability to take an active role in yacht racing.   Wyn recognised that there were so many people with disabilities who, whilst they might aspire to be a sailor and grow their skills to compete, would never participate in yachts that had not been adapted in some way or another to compensate for their disability.  He understood that what needed to be created was a ‘Pathways to Achievement’.

This program endures to today and more detail can be found at www.sailabilitygc.org

Wyn had led a full and active life for which he received many acknowledgements and honours.  Surely though his most enduring legacy, at least in the in the mind of hundreds of Gold Coast volunteers and disabled sailors, must surely be Sailability.

Soon after getting involved in Sailability Gold Coast, Wyn somehow managed to arrange for the then ‘Work for the Dole Scheme’ to build and donate four 7.5 metre keel boat hulls and then he led a team raising the money to fit them out ready for sailing, selling two of them along the way to help grow Sailability Gold Coast.

From our modest start we have grown with, in addition to our two yachts (Spirit & Hope) we now have 14 dinghies, an intermediate yacht, a pontoon boat and a support and rescue boat.  We have close to 100 active volunteers with something like 60 of them attending most weeks.  Each week we host between 70 and 80 people with a disability for an outing on the water.

This growth is the manifestation of how a man with a dream and the ability to inspire a team of volunteers to work with him made it all happen at the start and nurtured the early growth that became the foundations of Sailability Gold Coast.

Wyn was a tireless worker recognising that Sailability was bigger than the Gold Coast.  To enable it to grow across Queensland he became chairman of Sailability Queensland and remained in that post for several years.  His dream proved the genesis of what is now 15 branches throughout QLD that collectively engages with more than 500 people with a disability each week.

Wyn Treasure’s enthusiasm and leadership turned into his legacy for Queenslander’s with a disability that want to sail.  He is widely regarded as the founding mainstay of Sailability Queensland.