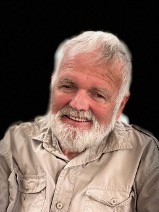 Kevin Garcia is one of the longest serving SailabilityGC volunteers still at the workface at Hollywell today.

Some 30 years ago with a career well advanced with Telstra, Kevin contracted Multiple Sclerosis (MS) and was forced to retire early on a disability pension.

But this interruption was not the first to have a major impact on the journey that has been Kevin’s life to date.  In an age of conscription (which many of the current Sailability volunteers will recall – some vividly) Kevin’s number was drawn, and he found himself in the Australian Army Signals Corp and in Vietnam where he spent almost 12 months of his life.

Picking up from where he left off before national service duty, he resumed his career in electrics and electronics with Telstra before retiring on that disability pension.

Given limited mobility but an active and engaged mind, Kevin joined the Coast Guard on the Gold Coast.  It was here that he heard about the emergence of a group of disabled people sailing out of Hollywell.  Over the next couple of years that small group of people became the first Sailability in Queensland, was incorporated in 2000 and has grown to have more than 80 people with disability sailing every Tuesday from SYC Hollywell.

Kevin has been with Sailability for the most of their journey and has contributed enormously.  He has contributed thousands of hours as a volunteer, learned a lot more about sailing, has been a committee member including roles as Vice President and Treasurer.  He inducts every new volunteer into the health and safety protocols of lifting disabled clients onto a boat using a crane.  He inducts every new volunteer into the protocols for fitting the client in a sling and ensuring that it is secured.  He controls the fleet of dinghy’s and has taught scores of volunteers to sail them.  When satisfied with their skill levels he then inducts them as ‘skippers’ qualified to sail disabled clients.

In 2003 Kevin was nominated for Gold Coast Volunteer of the Year Award at International Volunteers Day and on Queensland Day 2004, he received the Moncrieff Community Award.  In 2005 then Vice President Kevin won the Sporting Award at Gold Coast Australia Day Awards ceremony in recognition of service to the club on many levels since 2001.

Kevin fondly remembers an early client of Sailability Gold Coast John Rynn.  John was a client with Cerebral Palsy and was keenly interested in electronics.  The boat that John sailed was fitted with servo motors to control sails in tacking and gybe moves and Kevin adapted the controls to suit John’s abilities and style.  At times Kevin sailed another 2.3 beside John or rode in the safety boat to provide ongoing instruction and encouragement.  John has since moved to Brisbane but still sails with Sailability Bayside at Manly.

Like many volunteers Kevin has uncovered much about himself over his years with Sailability and is quick to remind everyone that Sailability gives much more than it demands.  Beyond the sense of satisfaction derived from freely giving of your time there is the acquisition of a profound sense of just what a disability can mean and how dramatically it can change the lives of the individual and those around them.  Working with the clients at Sailability you quickly learn respect, admiration, you gain a new sense of just what resilience is, what courage is and what commitment and dedication can give.  Over the years Kevin proudly has been responsible for recruiting many clients and volunteers for Sailability.  It is his gift to them.

However, Kevin will be forever grateful for what Sailability has given him.

(The hat made all the difference)